This morning, the Official Google Blog and Chrome Blog revealed the new tab page, which lets you flip between your installed apps and your most visited web sites. To take a look at how it works, check out the video below.

The Chrome Web Store also received a facelift. It's now a lot bigger and brighter, with infinite scrolling instead of pagination. Adding new apps and extensions is a snap; all you have to do is select your app or extension, read more about it, and then click on the +Add to Chrome button. One of the less publicized features is that now writing a review while logged into your Google Account connects the review to your Google+ profile. 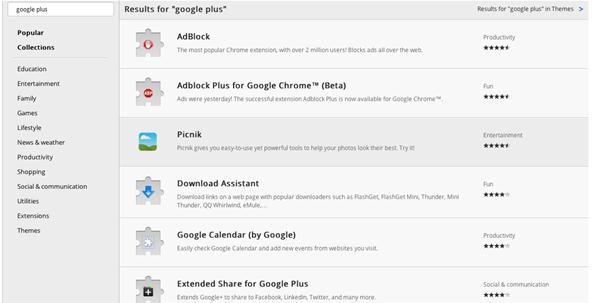 You would think that with Google adding so many improvements to Google+, that the demand for Google+ extensions would be waning. You'd be wrong. Google+ developers are consistently making great, innovative extensions that you didn't really know you wanted until they were introduced. Check out some of these great ones:

Hi Mahmoud, as long as you link and credit properly, I'd be happy to have you share them!