This week seems to have gone by in a flash. Maybe it was the three day weekend, but I don't think it accounts for the flurry of activity I've been seeing on Google+. Updates, debates, and new initiatives are unfolding every day, and the best part is that most of them are coming from outside of Google. People love Google+ so much that they want to evangelize to others about it. What more could Google+ ask for?

While I was using Google+ today, I noticed that when I was looking at photo albums, there was a lock icon at the top of each one. Then I saw the announcement from +Matt Steiner. The lock allows you to further prevent sharing on albums. If you've locked your album, no one else can share it, viewers cannot +mention people in it, and any posts you make about your album will also be locked. You can lock your album from your stream, or from your Google+ Photos page. 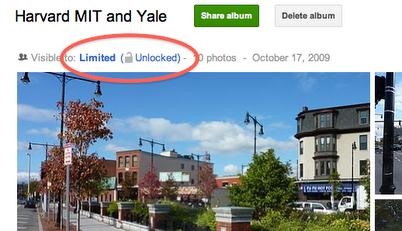 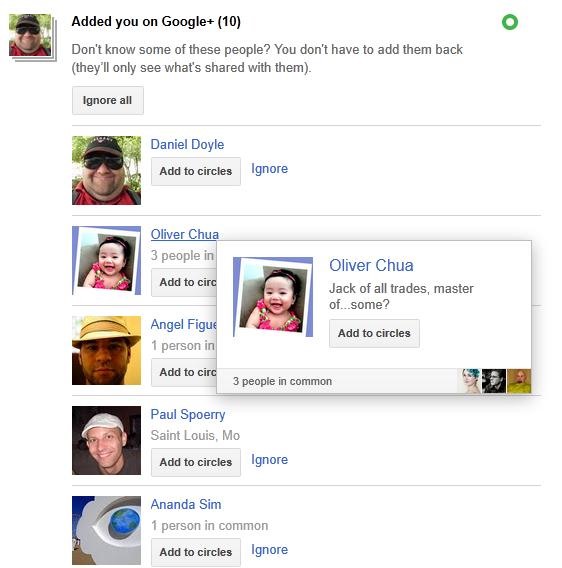 Also, if you land on someone's profile who hasn't shared anything to you or publicly, you'll spot this lovely reminder message:

If they're added to your circles, you're more likely to see posts from them!

As Google+ rolled out its suggested users list, it was met with a lot of criticism from people already using Google+. People disliked the emphasis and focus on celebrities and people with large follower counts. Many robust discussions arose around the topic of encouraging people who are new to Google+. Out of that, a new project was born.

+Ardith Goodwin is curating a list of people on Google+ on group/as called New To Google Plus - Let Us Help, which is made up of a bunch of Google+ enthusiasts who are willing to help out people new to Google+. People who have been using Google+ from day one, and feel they could help out new users are encouraged to add their Google+ profiles to the list, and occasionally create posts to help out Google+ newbies.

Google+ photowalks are taking off in a huge, huge way. However, currently there's no way to find out when and where the next photowalk is unless you have the right people scheduled. I've heard that the Google Calendar team is working on Google+ integration, so that should be pretty exciting. Some Google+ photographers are using Plancast to schedule the photowalks, but it does require registration. It's an easier way is to just follow the right people, and you have the added bonus of getting great pictures in your stream.

I was fortunate enough to be invited to lunch at Google with +Brian Rose, +Beau Kahler, +Enrique Gutierrez, +Jason Goldman, and +Robert Larson. While discussing Google+ and the ways in which it's growing, I also got some great tips from Brian that you may not have discovered yet.